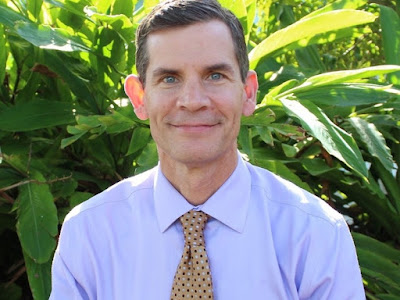 The chief marketing officer position is a new addition to SPCA Tampa Bay’s leadership team. It was created to support the organization’s growth over the past four years from a single shelter in Largo to four campuses throughout Pinellas County.

“Eric is a great addition to the SPCA Tampa Bay team, as our first-ever CMO,” said Martha Boden, CEO of SPCA Tampa Bay. “He has a nonprofit background, deep experience and the skills needed to help us serve pet owners in our community.”

Before joining SPCA Tampa Bay, Keaton served as vice president of marketing and communications at the YMCA of the Suncoast in Clearwater for several years. He developed and oversaw the nonprofit’s marketing plans and campaigns to promote membership, special events, programs and expansion of services to Citrus County.

Keaton also has nearly 10 years of experience as a sports anchor and journalist for Bright House Sports Network. He covered several high-profile events, including two Super Bowls and the Tampa Bay Lightning’s Stanley Cup Championship series. He also served in the Army for six years as a military police paratrooper.

Keaton earned his Bachelor of Science in mass communications from the University of South Florida. He is a current member of the Public Relations Society of America’s Tampa Bay chapter.

Written by: B2 Communications