Our History as a For-All Shelter

Society for the Prevention of Cruelty to Animals (SPCA) Tampa Bay is the only non-profit, animal welfare agency that runs an open-admission For-All animal shelter and veterinary center in Pinellas County. The SPCA Tampa Bay animal shelter in Largo cares for nearly 7,000 animals annually that have been surrendered by their owners, along with injured wildlife. Plus, our pet hospital in St. Pete provides pet health care for dogs and cats!

SPCA Tampa Bay cares for dogs, cats, pocket pets, exotic animals, and livestock like goats and pigs. Animals receive immunizations, medical care, enrichment and loving care while they live at our shelter. Our adoptions team and volunteers work to match families with animals that are a good fit with the family’s home, lifestyle and personalities. Every animal receives compassionate care, regardless of its breed or size.

Our Vision:
Create a community where every animal matters.

Our Mission:
Through passionate collaboration with our community, we transform the lives of animals.

SPCA Tampa Bay is an independent 501(c)(3) nonprofit locally governed by a volunteer board of directors. Like most U.S. animal shelters, we rely entirely on our program revenue and fundraising to sustain our operations, provide care for animals and serve the community. Despite a similar name, we are not affiliated with the American Society for the Prevention of Cruelty to Animals (ASPCA) or Humane Society of the U.S.

A team of 90 staff members and 250 dedicated volunteers help us fulfill our mission.

For media information or to book an interview with one of our staff contact: Eric Keaton, Chief Marketing Officer: 727-586-3591 x 164 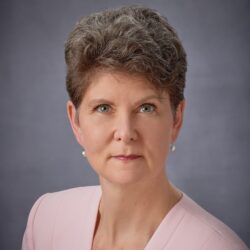 SPCA Tampa Bay CEO Martha Boden has a strong background in product and project management and leveraged this business knowledge to stabilize and grow animal welfare organizations throughout her career.

Boden joined SPCA Tampa Bay as CEO in 2011. Under her leadership, SPCA Tampa Bay has implemented a number of program and facility enhancements to improve the agency’s service to the community. Boden led the agency’s plans to open a full-service veterinary hospital in St. Petersburg, which brought accessible veterinary care and spay/neuter services to local pet owners when it opened in 2016.

Prior to joining SPCA Tampa Bay, Boden was CEO of the Humane Society of Indianapolis, where she implemented programs that increased the animal placement rate, reduced the euthanasia rate and improved customer service. Following her work with the Humane Society of Indianapolis, she provided consulting services to animal-related businesses and nonprofits, and then went on to lead a worldwide project management team for the global consulting firm Accenture.

Boden first gained experience in the animal welfare industry in her previous hometown of Minneapolis as a volunteer with the Animal Humane Society and as a volunteer and board president with the Animal Relief Fund. She also created of The Hambulance, a hamster rescue where she cared for, rehabilitated and rehomed more than 600 hamsters.

Before following her passion into animal welfare, Boden worked with mainframe computer printers as a field systems analyst and later as a project management consultant, managing project budgets ranging from $500,000 to more than $10 million.

Boden is also president of the board of directors of the Florida Association of Animal Welfare Organizations. She became a member of the St. Petersburg Area Chamber of Commerce Board of Governors in 2016 and graduated from the Leadership St. Pete class of 2012.

Boden received her bachelor’s degree from Macalester College. She has attained a Project Management Professional certification from the Project Management Institute and completed animal rescue service training through Noah’s Wish. 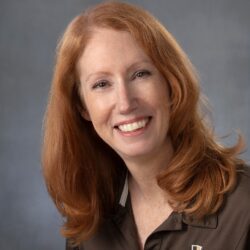 Carolyn Wisniewski brings more than 25 years of experience in development and nonprofit management to her role as chief development officer at SPCA Tampa Bay. She has worked with organizations ranging in size from small private institutions to large national associations. At SPCA Tampa Bay, Wisniewski provides leadership and direction for development, marketing and community outreach activities, and special events.

Wisniewski began her career in development more than 20 years ago as a development director at the American Diabetes Association. During the span of her career, she has helped local chapters of such national nonprofits as the Arthritis Foundation, United Way, American Lung Association and American Heart Association to increase their revenue streams through such fundraising initiatives as special events, grants, workplace giving programs, corporate sponsorships and annual gifts.

Before joining SPCA Tampa Bay, Wisniewski was vice president of resource development at United Way of Brevard (Florida) where she ran the county’s $6 million annual workplace giving campaign with a team of four. Prior to United Way, Wisniewski spent four years as director of development with Trinity Preparatory School. In this role, she raised $2 million in capital campaign gifts in one year and $465,000 for the annual fund. Additionally, she secured more than $500,000 in major gifts from individual donors and increased parent participation in the annual fund from 49 percent to 64 percent.

Wisniewski is an active, long-time member of the Association of Fundraising Professionals and is active in the Suncoast Chapter. She earned her bachelor’s degree from Albright College. 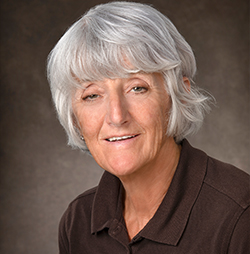 Judy Thompson brings more than 20 years of experience in nonprofit accounting to her role as chief finance officer at SPCA Tampa Bay. She has worked with human service nonprofit organizations ranging in size from $30 million to $100 million. Thompson provides leadership and direction for the day to day accounting functions and financial reporting at SPCA Tampa Bay.

Thompson began her career in nonprofit finance more than 20 years ago as a regional controller at Lutheran Social Services of Wisconsin and Upper Michigan. During her career she has helped nonprofits shape their reporting and ensure compliance with GAAP, cost principles, and contract requirements.

Before joining SPCA Tampa Bay, Thompson was director of finance and interim CFO of Gulf Coast Jewish Family & Community Services. She was responsible for the agency’s accounting staff and a member of the leadership team for the $38 million agency with multiple federal, state, local governmental funding sources. Thompson lead the implementation of new financial, budgeting and document management software.

Thompson earned her bachelor degree in accounting and computer information systems from Northern Michigan University and her master’s in accounting from Nova Southeastern University Wayne Huizenga School of Business. She has also been a volunteer dog walker for Pinellas County Animal Services for several years. 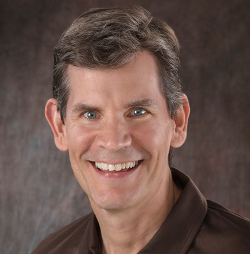 Eric Keaton brings decades of experience in storytelling and marketing to SPCA Tampa Bay. He provides leadership and direction for marketing, media relations, and outreach.

He started his career as a sports journalist more than 20 years ago as a reporter and commentator for Bright House Networks Sports and Bay News 9. Eric reported on two Super Bowls, the Lightning’s Stanley Cup Championship in 2004 and hosted more than 1,000 programs during his time on television.

In 2006, he transitioned to government and helped Pasco County become a travel destination for sports events and ecotourism. In addition, he was the public information officer and set up the joint information center during several weather events.

Before joining SPCA Tampa Bay, Eric was vice president of marketing and communications at the YMCA of the Suncoast.

His first full-time job was serving our country in the Army. As a paratrooper Eric deployed to Europe, the Middle East and Central America.

Eric and his family reside in Dunedin along with their dogs Sharlie, Roxy and a Russian tortoise- Shelby! 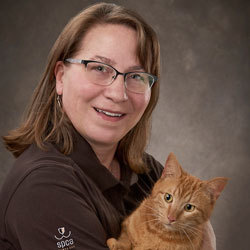 Tara Yurkshat brings over 20 years of operations experience in the animal welfare industry to SPCA Tampa Bay as a chief operating officer. Yurkshat has deep experience in many facets of operations, including budget oversight, team and operational leadership, strategic planning, project management, revenue generation and fundraising.

At SPCA Tampa Bay, Yurkshat oversees the direction and supervision of all animal-related programs, procedures and resources, which includes animal housing and adoptions, veterinary care at the shelter and transfers between other animal welfare organizations and rescues. She guides a team of animal welfare experts who provide an exceptional customer experience and embrace “humanimality” – SPCA Tampa Bay’s term for the nearly indescribable joy that comes from the human-animal bond.

Before joining SPCA Tampa Bay, Yurkshat was the vice president of operations for animal welfare at Houston SPCA, which is one of the nation’s largest animal shelters. Her responsibilities included directing operations for an organization with $45 million in net revenue and overseeing domestic and farm animal care, client care, veterinary services, animal cruelty investigations, volunteers, and facilities maintenance.

Previously, Yurkshat was the director of operations at Dumb Friends League, an animal shelter in Denver, Colorado. She helped manage a $13 million campaign to enhance infrastructure and medical scope in caring for animals, which included a new remote facility and 40,000-square-foot additions to existing buildings. Earlier in her career, she served as the executive director of Woodford Humane Society in Versailles, Kentucky, where she redesigned the organization’s operating model.

She is a Certified Animal Welfare Administrator (CAWA) by the Association for Animal Welfare Advancement (AAWA). She received a bachelor of science degree from the University of Virginia in Charlottesville, Virginia. 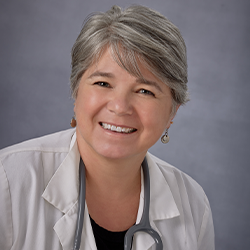 Prior to that, she was in Southern California, where she was the Chief Medical Officer and VP of Shelter Medicine for San Diego Humane Society and SPCA. Over the 10 years that she worked there, she developed both a Shelter Medicine Internship and Externship program.

She is excited to be living here, and hopes to continue to promote Shelter Medicine as a specialty practice as well as promote national standards of Best Practices for Shelters. She also has extensive experience in general practice and emergency practice.

She completed her Internship at the Animal Specialty Group in San Diego California. She received both her Doctor of Veterinary Medicine and her Bachelors in Animal Sciences from UC Davis. 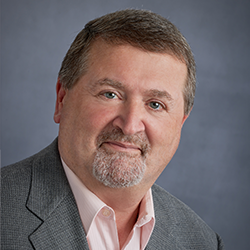 I started my professional life as a career soldier in the US Army, with assignments in the United States (New York, New Jersey, Kentucky, Colorado, and Oklahoma), Germany, and Belgium. My occupational specialty  was as a Chaplain Assistant, and served in other specialty roles of First Sergeant, Platoon Sergeant, AIT Instructor and Officer Basic Instructor.

I have an Associate Degree in Real Estate from Elizabethtown Community College, a Bachelor’s degree in Management Studies from the University of Maryland, and a Masters of Education in Organizational Training and Education from Tusculum University.

To reach the SPCA Tampa Bay Board of Directors with compliments, suggestions or concerns, please email us here. Please direct any inquiries through that page rather than attempting to contact board members at their home or place of employment. Be sure to include your name, phone number and email address along with your inquiry. Correspondence sent to board members anonymously and at any addresses other than the one provided here will not receive a response. Note: all board members are independent, voting members